It all started with Barbie. I know, I’m such a cliché but it’s true. I recall my neck actually getting sore from tirelessly changing her outfits for hours on end. I had a look for every one of her occasions. Pool party. Hot date with Ken. Evening gown for the fancy gala with the other Barbies. And so on.

Then there was a fashion design class at my high school.  It was my first introduction to fashion illustration and sewing. I was smitten. The fact that I could dream up a design, make it look pretty on paper, then bring it to life by gently pushing the fabric under the foot of a sewing machine…it was magical to me.

As a teenager, I got lost in glossy stacks of Vogue, Seventeen, and Young Miss (which later became known as YM). From the hair and makeup and couture ball gowns to the high heels and handbags…..I just couldn’t get enough of it. My love for fashion evolved into a college career.

I majored in Fashion Design & Merchandising at Marist College (Class of ’93, go Red Foxes…woot woot!). We had an incredible Fashion Director who had relationships with a few designers who you MAY have heard of. Let’s see…Marc Jacobs, Isaac Mizrahi, Bob Mackie, Michael Kors, Carolina Herrera, Christian Francis Roth to name a few. The list goes on. I worked with many of these icons as a student. Probably the hardest I’ve ever worked in my life.  I wouldn’t trade that experience for anything.

Off to the Big Apple

After I graduated, wild horses couldn’t stop me from moving right to NYC. My dream to become a fashion designer began to evolve a bit. First I became a fashion editor, developing my own story ideas, booking models, and shooting all over the Big Apple with some of the coolest fashion photographers. I was tapped by BCBG Max Azria to give public relations a try. So I did, and I never turned back.

Today, I work with many different types of brands as a publicist but I’ve remained in the fashion world.  Call me a typical girl, but fashion just makes me feel better. It does. Even in my darkest breast cancer moments undergoing chemotherapy, surgery, etc….I’ve always felt a LITTLE better if I had a cute outfit on. Or applied some lipstick before heading to a doctor appointment. Never underestimate the power of fashion therapy for breast cancer patients!

So what does all of this have to do with Fashion Week? I’m getting there. One of my dearest friends Emme invited me to see her in the Chromat fashion show last week. Designer Becca McCharen-Tran is known for showcasing women of all body types on her runway and is all about inclusion. Love that. Check out the Elle.com article to read more about the show. 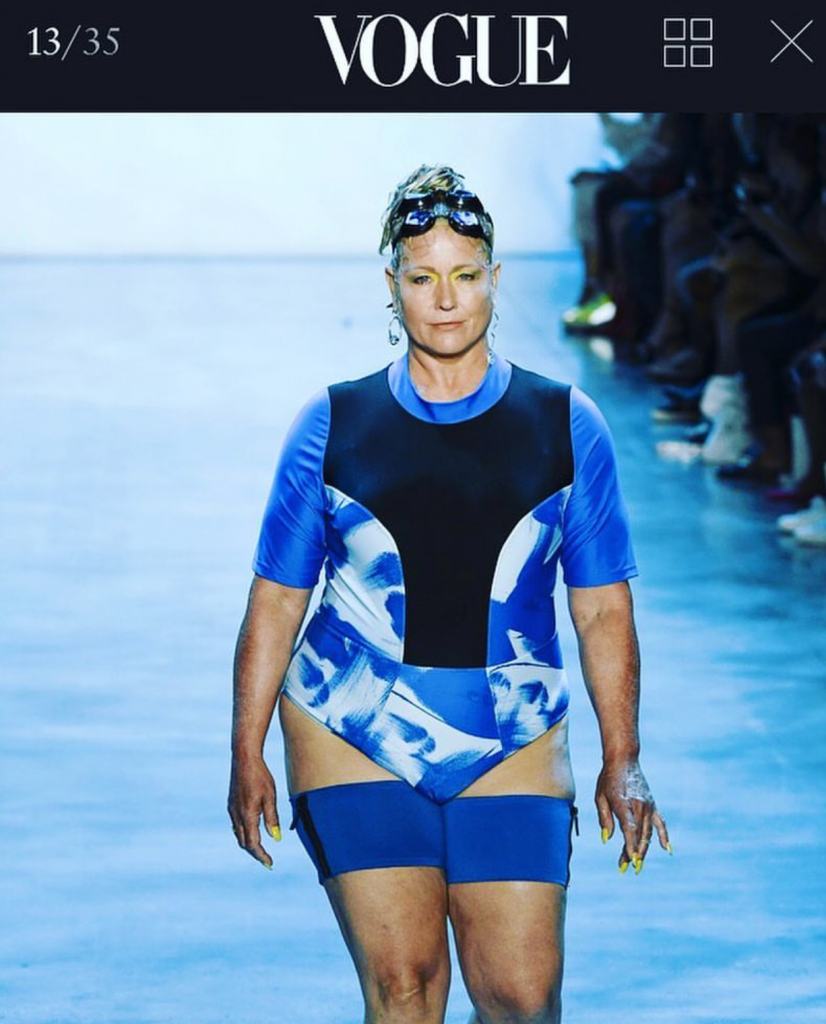 I must admit, waiting in line at the show was almost as good as the show itself! Times have certainly changed since the last time I attended fashion week. Influencers posing for photographers, and groups of people dressed in matching outfits popping out of nowhere just to get the attention of the paparazzi. 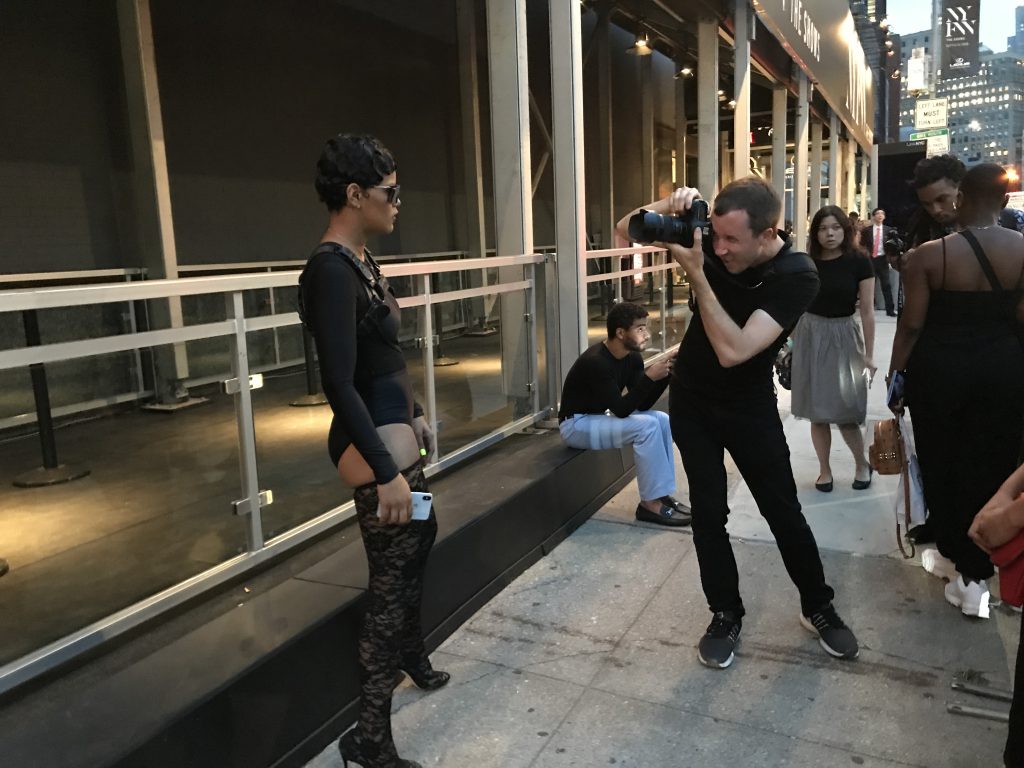 However, I still got the same electric buzz when the house lights went down and the show began. Almost the same level of excitement that I felt when thumbing through Vogue in my early teens….almost.

Follow Cancer Fashionista on social and be the first
to know about all of my favorite things. Sign up for my newsletter and be the first to know about all of my favorite things.

You have Successfully Subscribed! I’ve Got All My Sisters With MeArticles LET THE MUSIC PLAY – And Have Yourself A Lovely Day!Articles